The core content of ultrasonic nanotechnology is how to solve the problem of agglomeration of nanoparticles. Since the nanoparticles are easy to agglomerate, it is very difficult to obtain a single dispersed nanoparticle. How to uniformly disperse the nanoparticles into the matrix is the key technology of nanotechnology. . Our series of ultrasonic products use the cavitation of ultrasonic waves to disperse agglomerated particles. It puts the particle suspension (liquid) to be processed into an ultra-strong sound field and processes it with appropriate ultrasonic amplitude. Due to the inherent characteristics of powder particle agglomeration, for some powders that do not disperse well in the medium, an appropriate amount of dispersant can be added to maintain a stable dispersion state, which can generally reach tens of nanometers or even smaller. This product is especially It has a good effect on dispersing nanomaterials (such as carbon nanotubes, graphene, silica, etc.).
Ultrasonic dispersion refers to the process of dispersing and de-agglomerating particles in a liquid through the "cavitation" effect of ultrasonic waves in the liquid using a liquid as a medium.
As a physical means and tool, ultrasonic technology can produce various extreme conditions in liquids. This phenomenon is called sonochemical action, and the related ultrasonic equipment is called ultrasonic sonochemical equipment (referred to as "acoustic chemical equipment"). . Ultrasonic dispersion equipment is an application of sonochemical equipment, which can be used for water treatment, solid-liquid dispersion, particle agglomeration in liquids, and promoting solid-liquid reactions.
The phenomenon of material migration spontaneously due to the thermal movement of particles (atoms, molecules or groups of molecules) is called "diffusion".
Diffusion can be performed in one phase of solid, liquid, and gas in the same substance, or between different solids, liquids, and gases. It is mainly caused by the difference in concentration or temperature. Generally, it diffuses from the area with higher concentration to the area with lower concentration, until the concentration of each part in the phase reaches uniform or the concentration between two phases reaches equilibrium. When materials directly contact each other, they are said to be free to diffuse. Diffusion is called permeation if it occurs through a barrier.
Diffusion plays a big role in nature, and it keeps the atmosphere around the entire surface of the earth the same composition. The diffusion of various salt solutions contained in the soil is easy for plants to absorb and facilitate growth. In addition, diffusion is applied in many industries such as semiconductor and metallurgy. Diffusion, heat conduction and viscosity are commonly referred to as transport phenomena. It moves matter (mass), thermal energy, and momentum from one position to the other. To achieve uniform concentration or temperature.
Ultrasonic dispersion can be divided into emulsion dispersion (liquid-liquid dispersion) and suspension dispersion (solid-liquid dispersion), and has been applied in many fields. The application of ultrasound to the dispersion of suspensions also includes: dispersion of titanium oxide and the like in water or solvents in the coating industry, dispersion of dyes in molten paraffin, dispersion of drug particles in the pharmaceutical industry, and powder emulsions in the food industry. Disperse etc.

• Decrease of reaction time and/or increase of yield

• Use of less or avoidance of phase transfer catalysts

• Use of crude or technical reagents

• Activation of metals and solids

• Reduction of any induction period

• Enhancement of the reactivity of reagents or catalysts 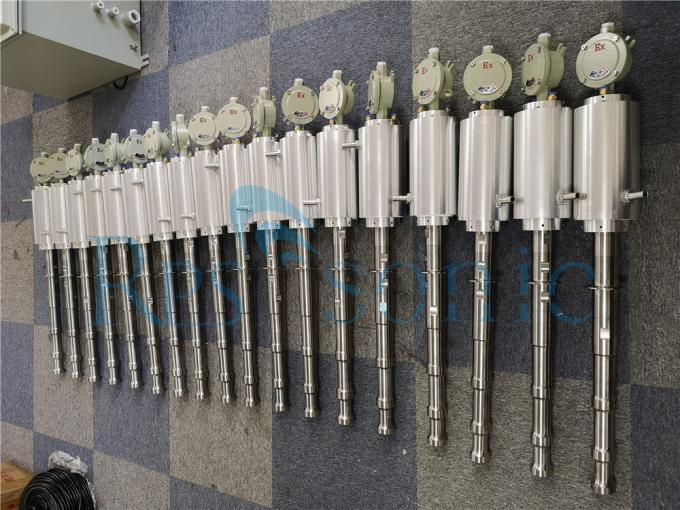 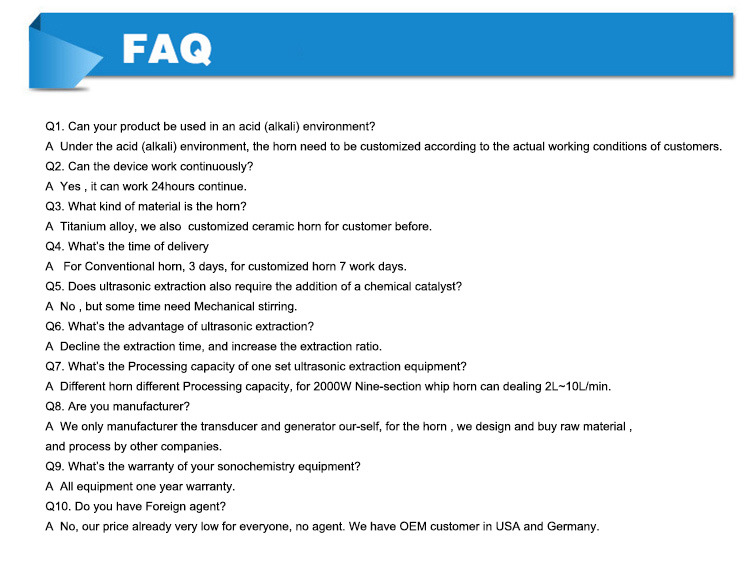 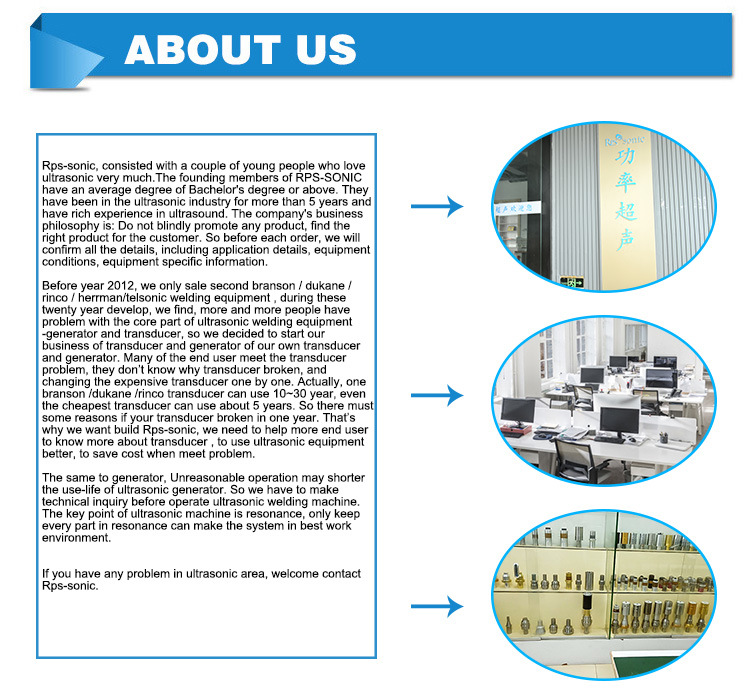 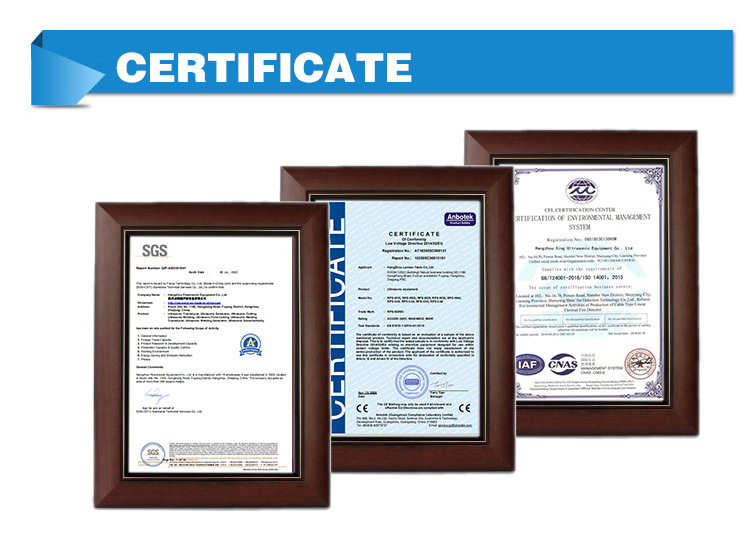 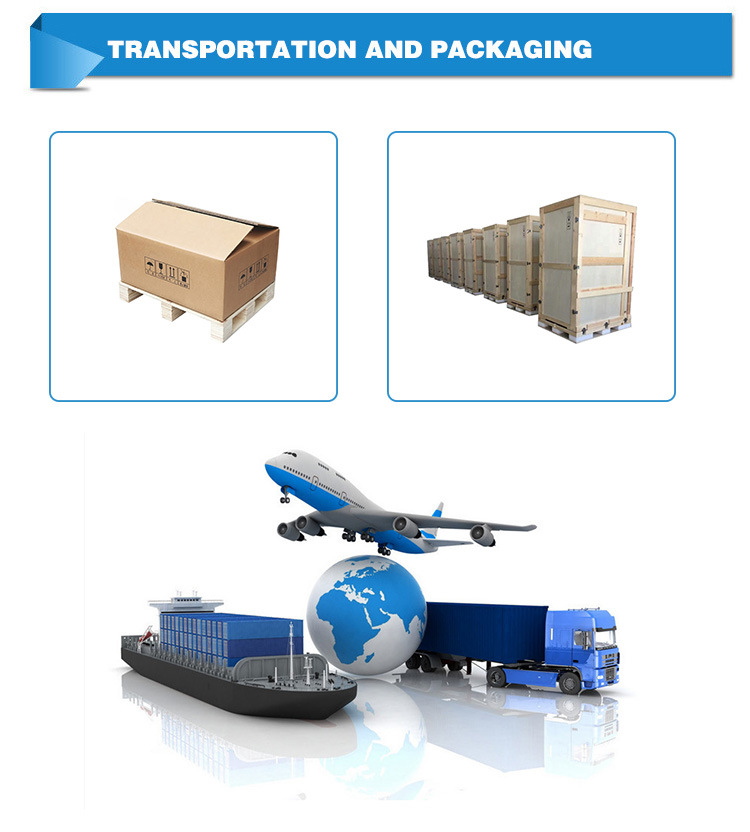 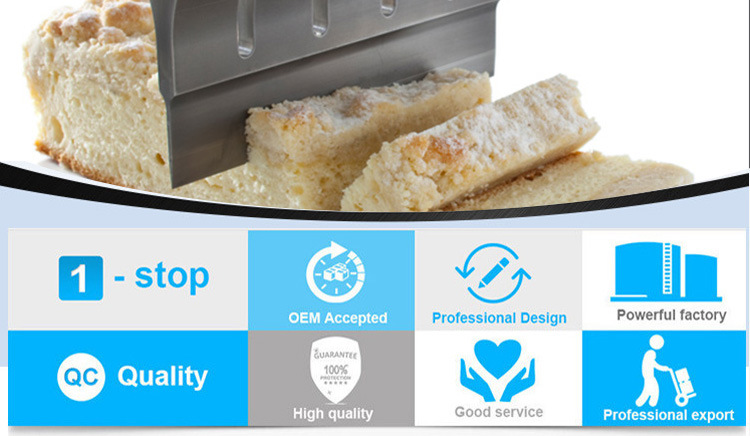